this little life of mine 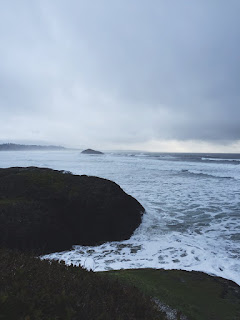 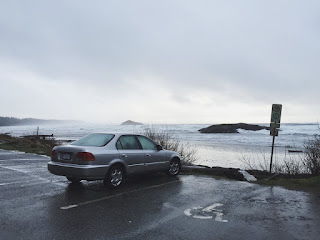 Oh man, it's been way too long since I've updated on this little blog of mine. Life has been pretty non-stop lately, and I just haven't been able to find the time or motivation to write here.

2016 started off pretty dang rough, to be honest. I rang in the new year laying in bed with the worst head cold I've had in years, feeling sad and lonely, and the next few months sort of followed suit. I was sick more in the first three months of this year than I have been in the last five years combined, and it was really bringing me down.

The sickness, combined with having a couple of falling outs with close friends, brought on one of the worst depressive episodes I've ever experienced, and I spent entirely way too long being too depressed to function. It was hella rough, but things are looking up now and I'm so determined to make the rest of this year fantastic.

During the chaos of friendships falling apart and life being too much, I made the impulse decision to move to Victoria so Madi and I could move in together. It was a "we'll plan for it and see what happens" sort of thing, but now it's all happening and everything's coming together so perfectly that I just know that this is where I'm meant to be.

Madi and I move into our own place on the 1st. It's small, cute, clean, and in a really nice area. The hunt for a house was kinda the worst thing ever, but the second we saw this place, we knew it was ours. We named it "The Blossom Park Pad", and I'm really excited to start a new routine in our own home.

I start school on the 2nd. I applied to VIU and Camosun way back in January, before I decided whether I'd stay in Nanaimo or come to Victoria, and got accepted to both.

I'll be upgrading from now until December, then I'll probably take some first year courses next spring semester before hopefully getting into a nursing program for September 2017. It's weird thinking that far ahead, so I'm just gonna focus on this semester and play it by ear.

I also start a nannying job on the 2nd! It's for a really nice family with a little two year old boy. I'll be watching him every Monday-Thursday before class, and I'm excited for a laid-back job. I'm just not quite ready to get back into the working world, so this will be a nice transition.

It's always interesting moving to a new place where you don't know too many people. Going from having a list of people to hangout with at all times to depending on your one friend in town has been kind of interesting, but I've already met quite a number of new people and I'm sure I'll meet many more when I'm in school, too.

This little life of mine is moving a million miles a minute, but I'm loving every second of it.

I'm gonna try my best to update on here more often, but life's only going to get crazier from here on out, so no promises.
Posted by Hope at 12:26 PM 2 comments: