February was a lovely month, although it passed in the blink of an eye. I swear every month goes faster than the one before! In January I took a complete break from social media and readjusting to it at the beginning of February was a lot harder than I thought it would be! 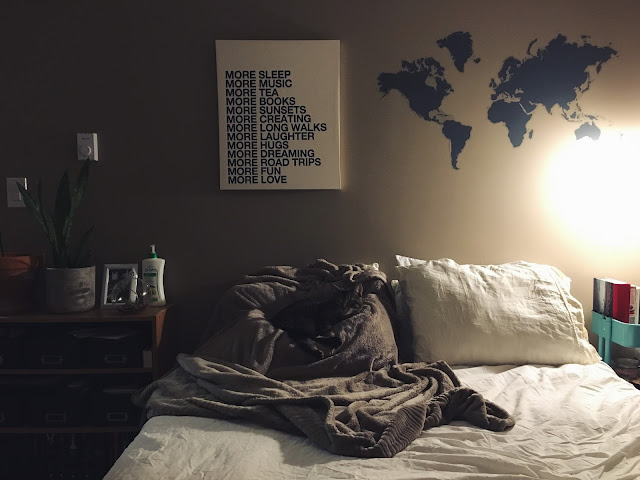 Olive babe all cozy in the evening. 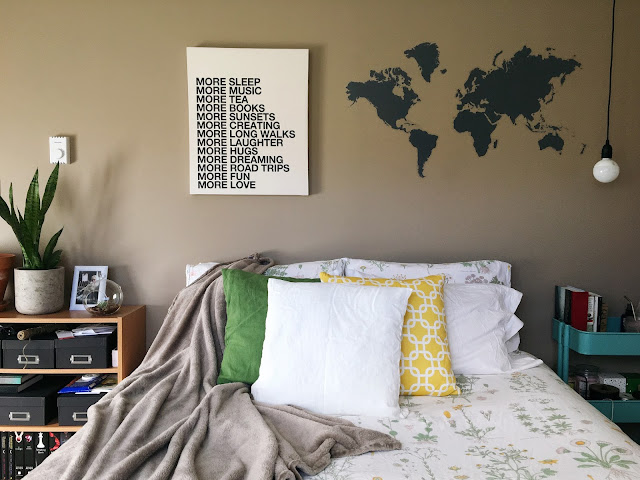 I was feeling a slight touch of the winter blues at the beginning of the month so I brought out my spring/summer bedding a couple of months early to brighten up my room. I try to bring as much sunshine indoors as possible during these dreary first few months of the year. Bright bedding and fresh flowers always seem to do the trick! 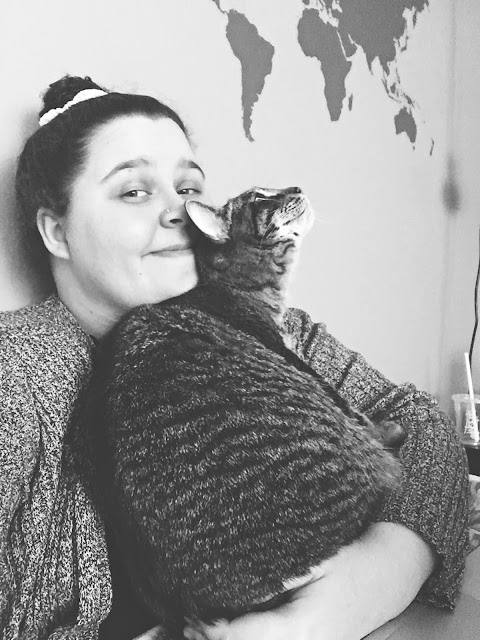 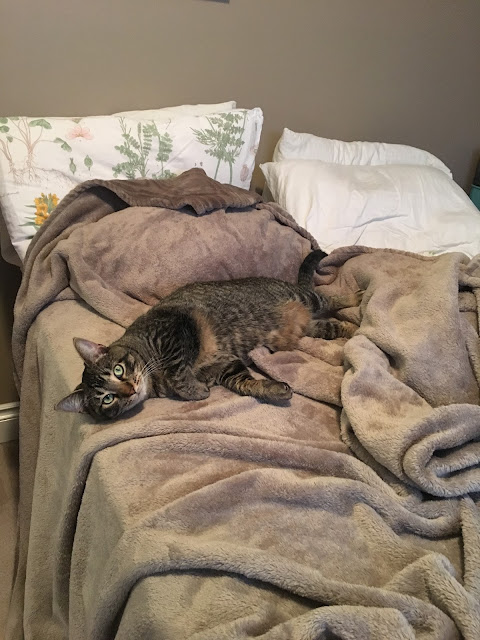 I take way too many photos of this dang cat but I just love her so much. 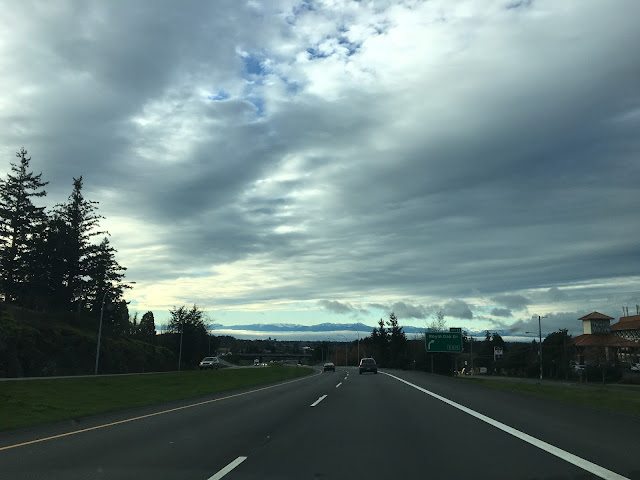 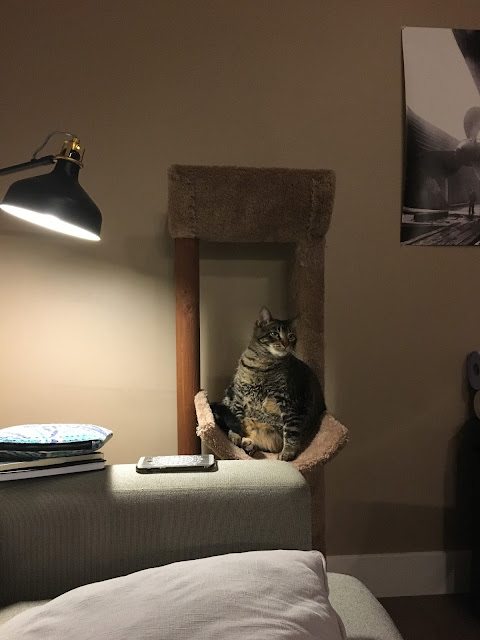 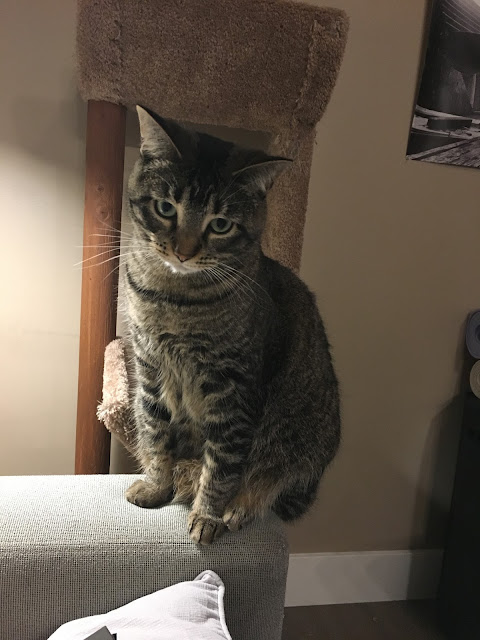 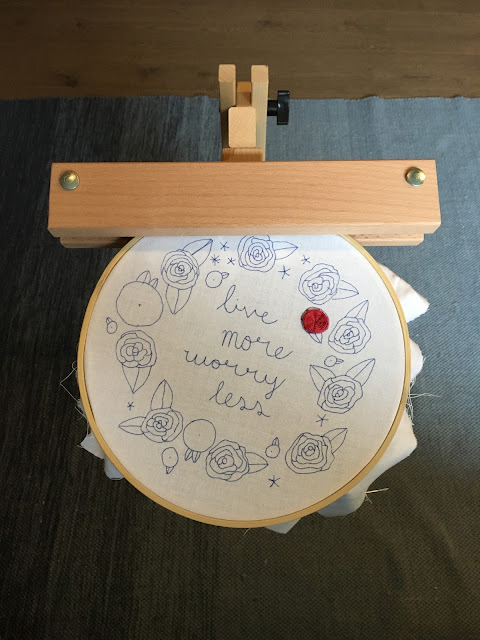 I started this hoop in February and now it's halfway through May and I haven't added anything since. Oops! Better get on that! 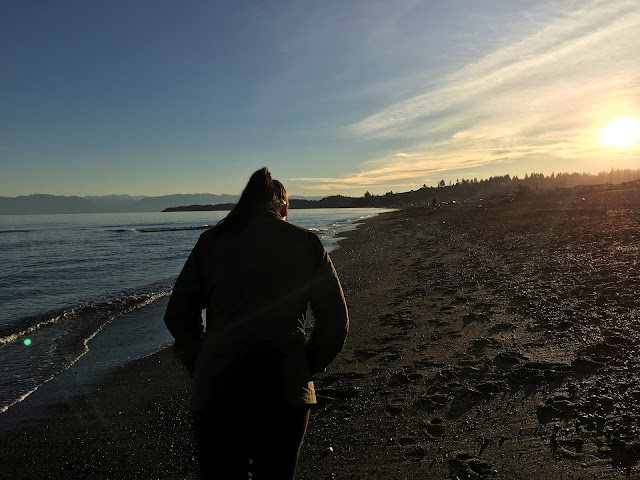 Rheanna came to visit and it was the first time we'd seen each other in almost a year. It was such a beautiful day, with clear, blue skies and sunshine. It was still freezing but we headed down to Esquimalt Laggon to enjoy the sunset and our short time there did a whole lot of good for my soul. 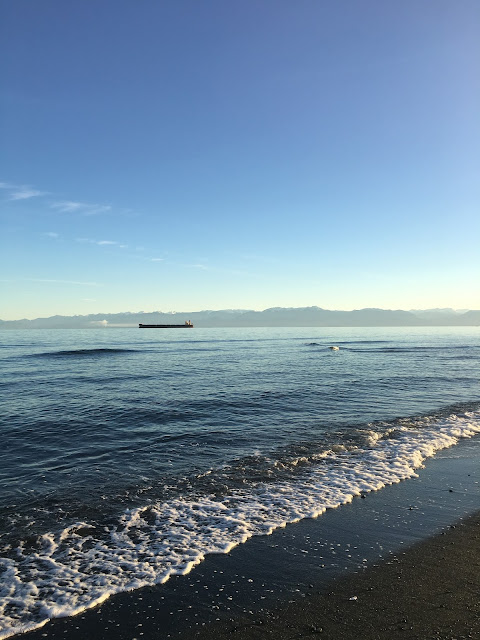 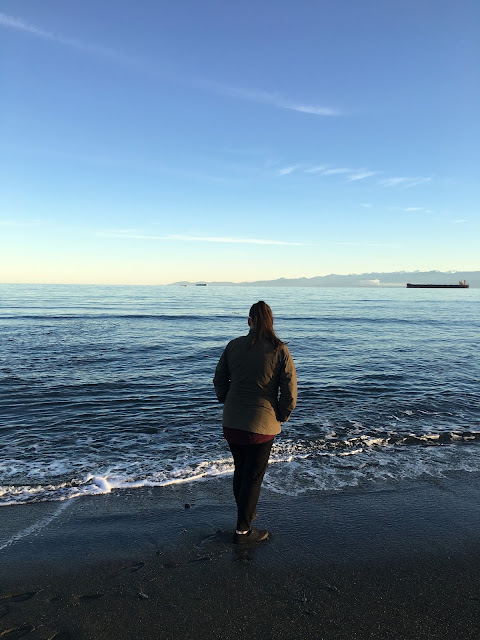 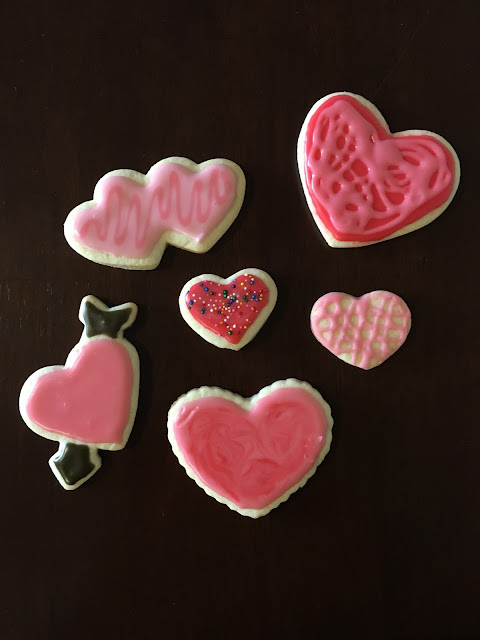 Valentine's Day cookies I made with the kids I nanny. I got way more into it than they did but we had a lot of fun! 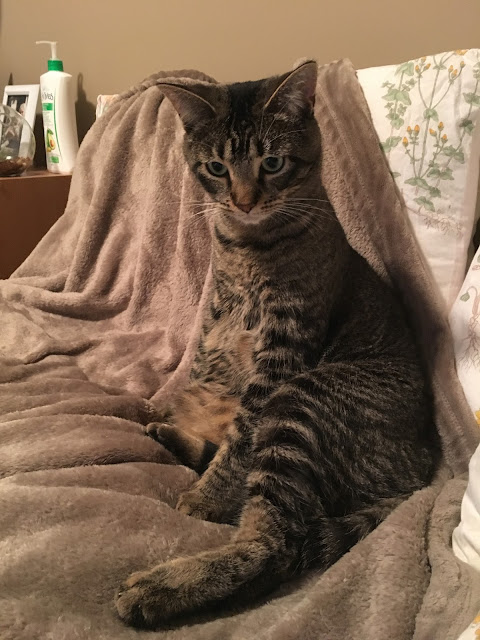 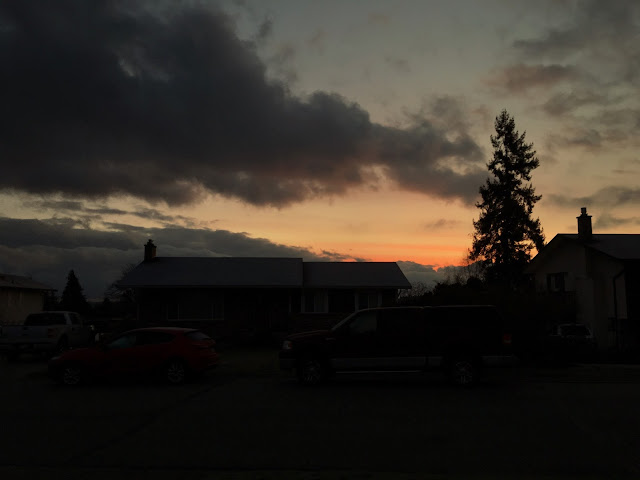 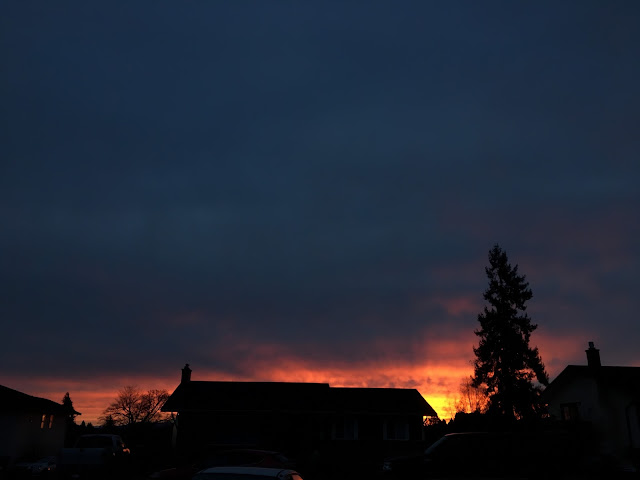 Every morning that it wasn't overcast, the sun would rise behind the house across the street from us just as I was walking out the door to work and I can never resist a good sunrise picture! 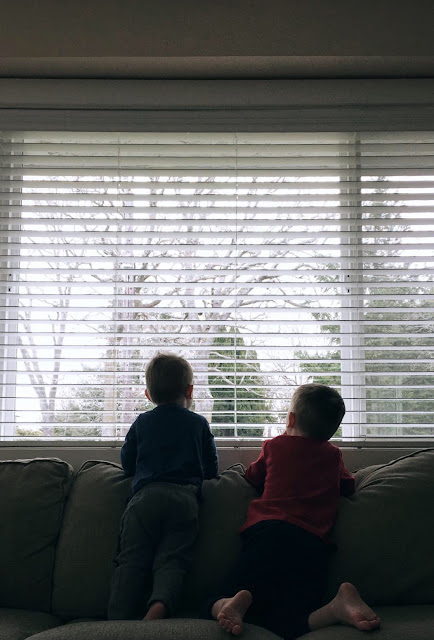 My nanny babies watching the snow fall out the window. 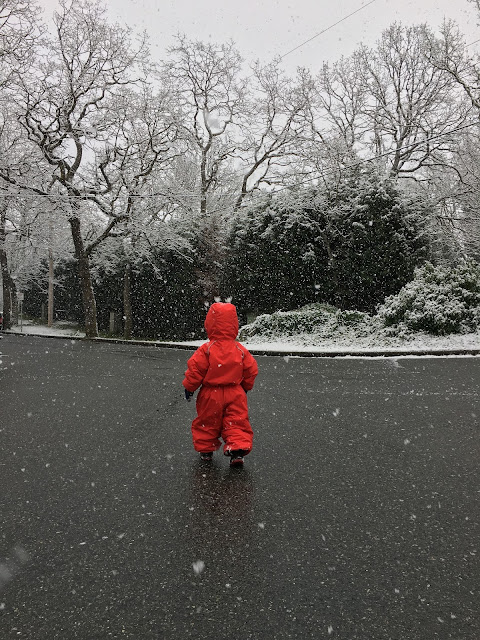 We got dumped with about half a foot of snow within the two hours that they were napping, so once they woke up, I got them all bundled up and we had the very best time playing out in the snow for the rest of the afternoon! 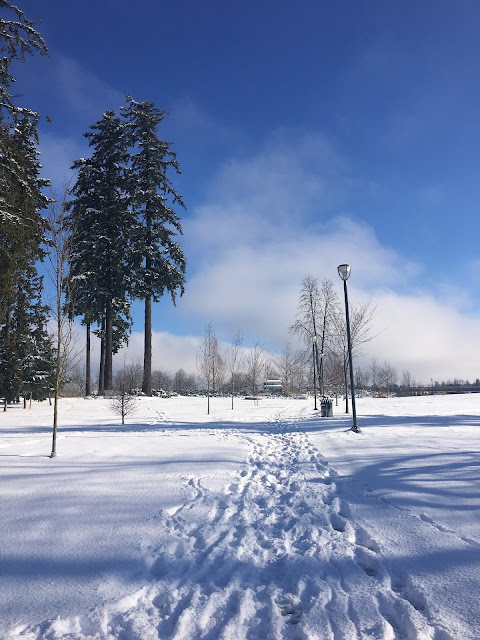 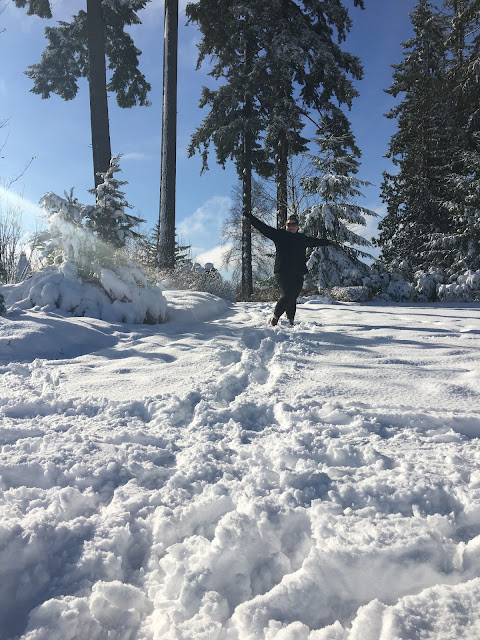 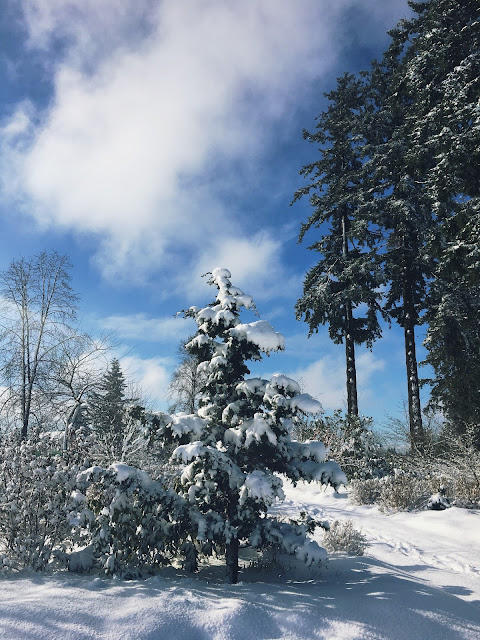 More snow! Later that week, I went to visit my momma on the mainland and it snowed for almost 24 hours straight, followed by a beautiful day of sunshine and blue skies. I took a walk through Holland Park to enjoy the scenery and take some photos! 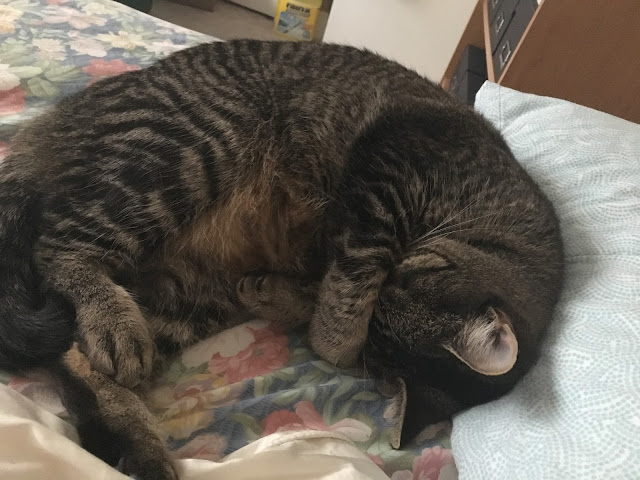 Ending the month off with a cute little Olive pretzel.
Posted by Hope at 1:53 PM No comments: